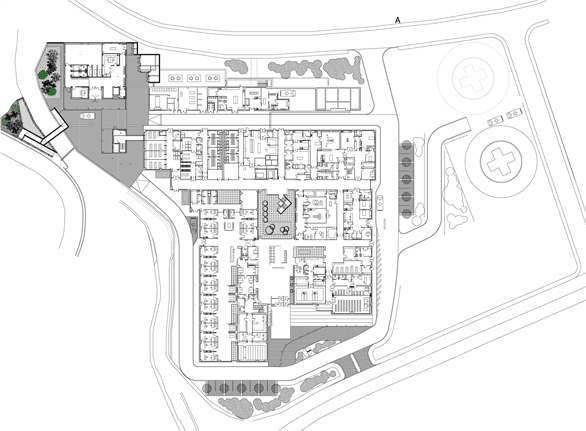 The building on three floors will be attached to the General Hospital of Valverde, in the El Hierro Island. The new building will have the same hight of the existing building of two floors and it will be reached by a rearward street.

The project consists of two bodies connected in the central sector and an inner courtyard. The existing routes for the inner circulation have been conserved, and consequently a new underground passage has been setting-up, under the longitudinal body, allowing the ambulance passage.

On the other hand a new connexion with the existing Hospital will carry to the cellar, using a part of which as shared storage.