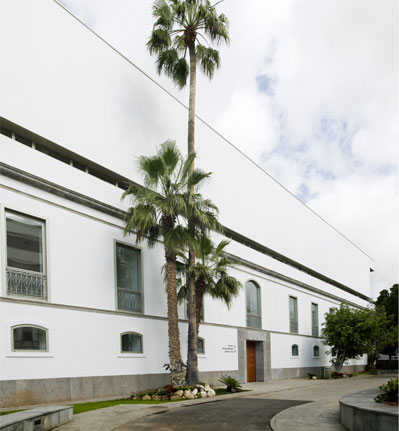 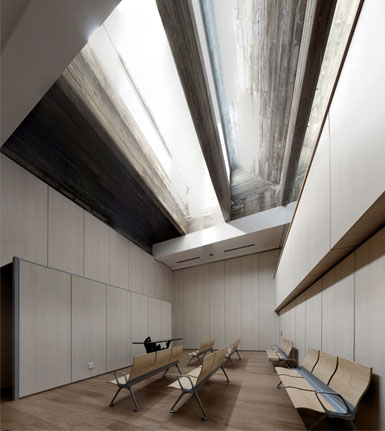 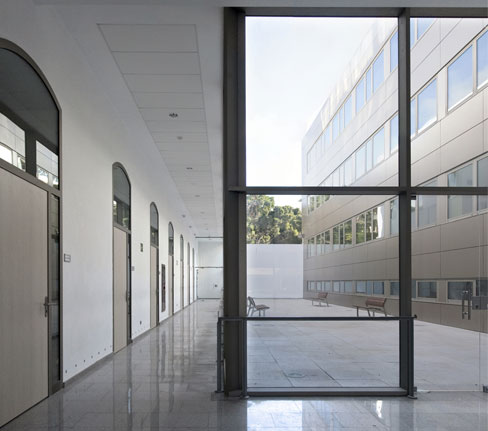 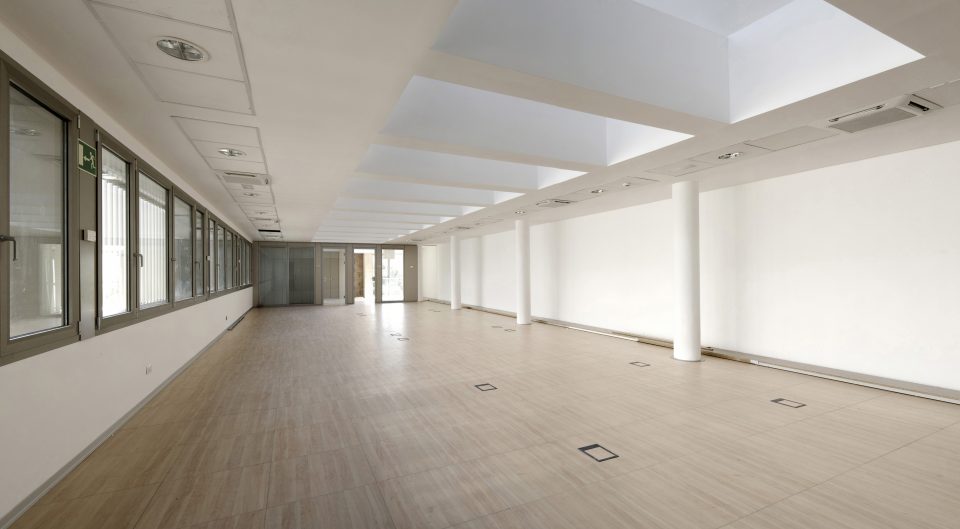 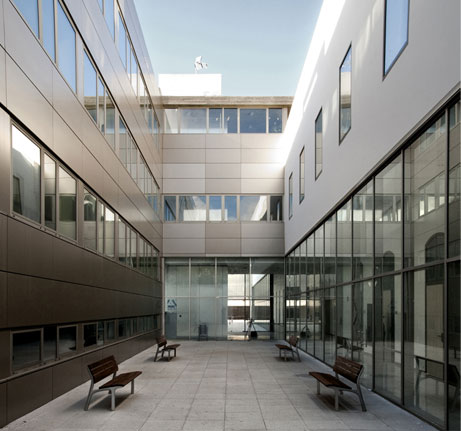 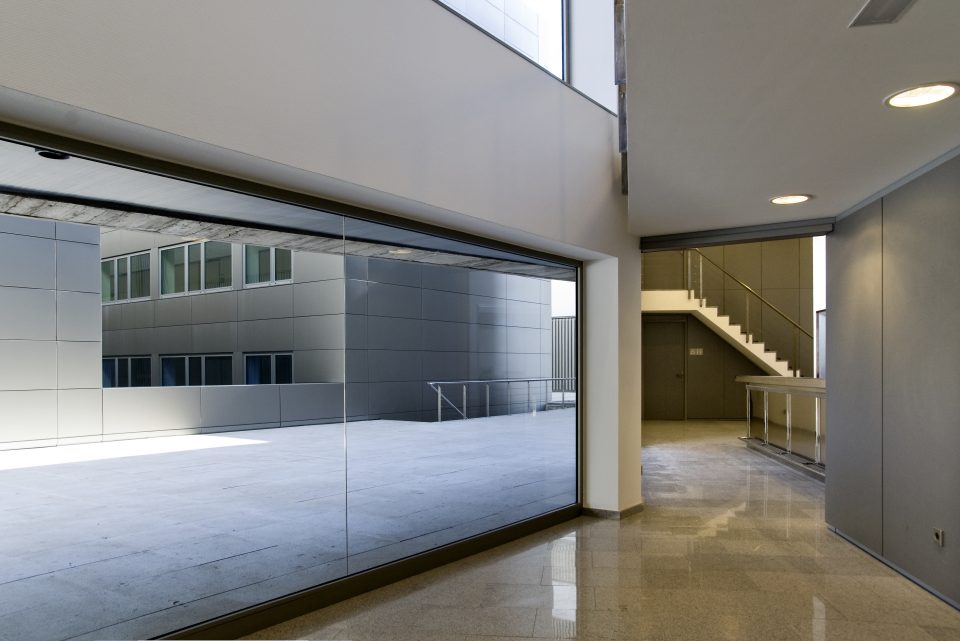 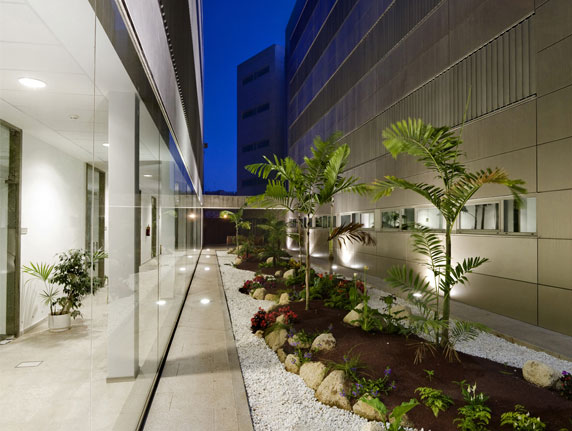 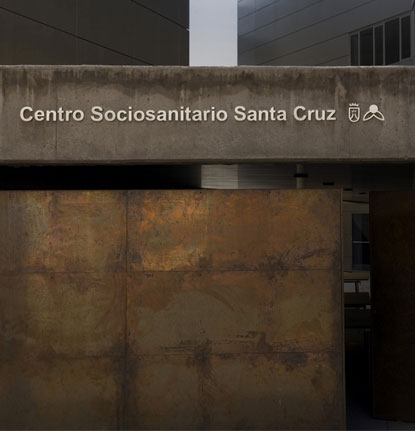 This Socio-Health Centre is the result of a renovation of an emblematic construction of the end of the century IXX, used as Military Hospital, which have suffered multiple enlargements and modifications during its existence. Its volume and planimetry organization are most interesting than its architectural features.

The needs program is relatively complex, because of the difficulty in articulating three huge socio-sanitary areas (the chronicle centre, the daily centre and the social club) in a pre-existing building partly protected by a normative of conservation.

It also was necessary to include a parking to ensure a comfortable access to the personal of the clinic.

It was important to take into account the whole organization of the complex and its surroundings: the road network and the public spaces preview by the Local Development Framework in the west side of the building.

The concept of the new building is to maintain the original morphological comb-scheme and the patios feature, by means of several volumes respecting the ancient building structure.

The original building have been in part demolished except the traditional two-storied part in the Iriarte Street and the original one towards the Galceran Bridge: the original floor’s height was reduced in order to obtain one more floor for the chronicle’s rooms.