CF Cabrera-Febles Arquitectura Paisaje y Urbanismo is a Spanish Architecture company based in Santa Cruz de Tenerife, Canary Islands; founded in 1995 by the architects Maria Nieves Febles Benítez and Agustín Cabrera Domínguez, teamed up since 1981. In 2007 Víctor Cabrera Febles joined up the company as administrator and architect. A team of professionals, specialized in several fields with proven regional and international experience, works closely with the firm.

The project carried out by the company, are the result of more than 30 years of experience with the public and private sectors, in all fields of architecture, urbanism and landscape.

The company has realised several projects in emblematic historical buildings of Santa Cruz de Tenerife, as the old Civil Hospital now Museum of Nature and Man and the old Military Hospital, transformed in a Medical and social centre.

The consulting firm begun in 2009 its process of internationalisation, motivated by the decennial co-operation experience with the NGO “Asociación Canaria Dacklet-Nouadhibou”, consisting in the construction of several little projects of educational and health infrastructure in Mauritania. Cabrera Febles architecture has participated, from 2009 to 2012, in the plan to foreign trade promotion (PIPE), implemented by the Spanish Institute for Foreign Trade (ICEX), the Chamber of Commerce of Santa Cruz de Tenerife, and PROEXCA (the Canarias Government’s public company for promoting exports). In 2013 Cabrera-Febles takes part in the program APORTA, implemented by PROEXCA, for the internationalization of canary’s companies. Since its participation in such programs, the company has been awarded both individually and in partnerships, in a number of important tenders and has signed various international contracts with development banks and local governments, and in 2015 the International Spanish Architecture Award, in the category of Urbanism.

In the field of Official Works (public sector), the company has implemented numerous projects, conducting all the phases of design and supervision of works of subsidized homes, health centres, offices, museums, public equipment, interventions on heritage buildings and urban area with patrimonial value, tourism and leisure projects.

The firm is certified in Quality and Environment Management System through ISO 9001, ISO 14001, ISO 14006, it also has adopted the model EFITECNIC for the implementation of technical services of Architecture, Urban Planning, Project conception, supervision of Works and technical assistance: the main objective of the company is to obtain the satisfaction of the expectations of our clients, by our continuous improvement and by the fulfilment of legal and environmental requirements and regulations.

In accordance with the above mentioned rules, an Environmental and Quality Management System has been introduced to ensure the provision of compliant services and the environmental management commitment:

In order to fulfil these principles the company elaborates regularly a number of quality and environmental objectives in order to evaluate the use of the Quality and Environmental Management System established.

The company has a designated department for the international project management, and in addition, is backed by a group of collaborators specialising in specific areas and activities as engineering, urban and environmental geography, urban economy, statistic, urban sociology, cartography, foreign trade, tourism, transport and mobility, sociology, quality control, etc…

The multidisciplinary character and confirmed experience of its team and its broad network of external collaborators allows CF Cabrera-Febles Arquitectura Paisaje y Urbanismo to provide services of all kinds in the framework of the Architecture and Urbanism, to private or public clients, internationally, nationally or regionally.

Cabrera Febles has been beneficiary of a subsidy for the internationalization of canary enterprises, consisting in a specialized technical advice and financing of business development, expansion and internationalization projects according to the following typology: projec

ts funded under previous calls for proposals of the program Canarias Aporta . Operation is co-financed under Structural Funds FEDER. 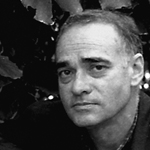 Agustin Cabrera Domínguez (1954, Las Palmas de Gran Canaria) obtains its architect diploma from the Technical Superior School of Architecture of Las Palmas de Gran Canaria, in 1980. Since 1981 he works with María Nieves Febles Benítez. In1995 they both constitute the company Cabrera & Febles Arquitectos. In 2007 the architect Víctor Cabrera Febles joints them and together they constitute the new company CF Arquitectura, Paisaje y Urbanismo SLP. Agustín Cabrera was highly linked to the work of the Board of Architects of the Demarcation of Tenerife, la Gomera, la Palma and El Hierro: he was technical secretary of the Board since 1987 to 1992; technical secretary of the Demarcation since 1995 to 2000; Chair of town planning of the Management Board of the Demarcation since 2000 to 2004; Secretary of the Town Planner Architects since 2006 to 2009. He took part of the redaction team of Territorial Management Planning, at international and national level, and of a number of Urban Plans and Special Development Plans. He has also been speaker in several congresses on Urbanism and Historical Heritage. 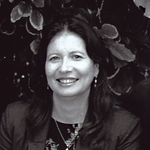 María Nieves Febles Benítez (1957, Santa Cruz de Tenerife) obtains its architect diploma from the Technical Superior School of Architecture of Las Palmas de Gran Canaria, in 1981. Since 1981 she works with Agustín Cabrera Domínguez and works for the Municipality of Hermigua. In1995 they both constitute the company Cabrera & Febles Arquitectos. In 2007 the architect Víctor Cabrera Febles joints them and together they constitute the new company CF Arquitectura, Paisaje y Urbanismo SLP.  María Nieves Febles was highly linked to the work of the Board of Architects of the Demarcation of Tenerife, la Gomera, la Palma and El Hierro: Member of the Managing Board of Architects since 1983 to 1990 working in the Culture Commission, in the Treasury, in the Departments of the Construction Economy and of Mechanization; she also was Member of editorial team of the magazine BASA of the Board of Architects, since its foundation in 1982, to 1991, a period in which 15 numbers are published. She is an active member of the Commission of Culture of the Board, where she organizes conferences and debates; Member of the Island Commission of Culture and Historical Patrimony of the Hon. Insular Council of Tenerife in representation of the Board of Architects, year 2000-2002, and finally Chair of Culture and Patrimony of the Managing Board of the Demarcation of Tenerife, La Palma, La Gomera and El Hierro of the Official Board of Architects of Canary Islands since 2011 to 2013. She was speaker about historical patrimony, urbanism, landscape and contemporary architecture within the framework of regional and international conferences, and she collaborates with the Board of Architects in social and cultural activities and writes several articles for its magazine BASA. 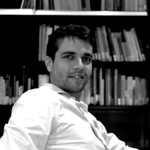 Víctor Cabrera Febles, (1983, Santa Cruz de Tenerife) obtains its architect diploma of the Polytechnic University of Madrid (UPM). In 2007 he joints Marinieves Febles and Agustin Cabrera, with which he creates the company CF Arquitectura, Paisaje y Urbanismo S.L.P.. In 2008 he obtains a Master Degree in Environment and Bioclimatic Architecture (MAYAB) of the Polytechnic University of Madrid (UPM), applying the knowledge gained in these studies in the work of the company. During his professional activity he also obtains another Master Degree in Management of Construction and Real Estate Companies (MDI), of the UPM. Since that moment he simultaneously manages the activity of Cabrera-Febles and of the Construction-Real Estate Company CF Promo. Occasionally he collaborates with the Board of Architect in the organization of sociocultural activities, and he writes several articles for the Board digital review, Redac. 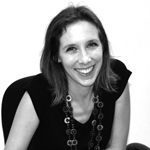 (1979, Padova, Italy), she obtains her architect diploma of the University IUAV de Venezia, in 2007, and her final work has been exhibited in the 5th European Biennial of Paisatge of Barcelona in 2008. Her work “Structure and Systems of Water in Canary Islands – the Water Factory” (co-author) has also been exhibited in the Second Biennial of Architecture of Canary Islands, of 2009. In 2004 she studied, by means of the Erasmus Program, in the School of Architecture of Marseille Luminy, France. In 2012 she obtains the diploma of French (advanced 2 – 6 years) delivered by the Official Language School of Santa Cruz de Tenerife. She starts her professional career in 2007 in Canary Islands, in the Architectural company Palerm y Tabares de Nava, since 2009, when she becomes mother of her first daughter. In 2010 she starts her experience in CF Cabrera-Febles Arquitectura Paisaje y Urbanismo SLP, at the begging as Project Manager through the plan to promote Spanish brands, Introductory Plan to Foreign Trade Promotion (PIPE) of the Institute of Foreign Trade of Spain (ICEX), and then as Manager of the International Department of the Company. She’s expert in  international cooperation projects and procurement process. 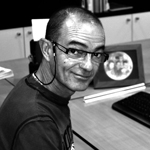 José Francisco Plasencia Tabares (1962, Santa Cruz de Tenerife), obtains his specialization in Technical Drawing of the Vocational Training Institute Nuestra Señora de La Candelaria, in 1985. He successively complements his training as specialist in Computer Aided Design (CAD) and Autocad R14, both delivered in the National Employment Agency. In 2004 he updates his knowledge in Computer Aided Design trough several trainings in Architectural Desktop 2004, GESICAN, and Architectural Desktop 2008. In 2012 he takes a course in GIS ( geographical information systems) and Urbanism and Lands Planning of the University of Valencia. During his career he complements the training, mastering softwares as Microstation V8.I, Arc-Map, Photoshop y Office de Microsoft. Since 1982 he works as draughtsman both of Architecture and Urban Planning for Agustín Cabrera and María Nieves Febles. 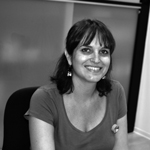 Belén Badenas Fernández (1977, Santa Cruz de Tenerife),  she obtains her diploma of the Faculty of Fines Arts at the University of La Laguna, in 1999. Professionally linked to the performing arts, she also obtains the diploma of University-Graduate in Theatre and Performing Arts, of the University of La Laguna, in 2001. Finally she completes her training, this time oriented to the graphic design, obtaining in 2004 the Master Diploma in Graphic Design and Multimedia, delivered by the Institute of Computing of Canary Islands. She continuously updates her knowledge with a number of training courses of Photoshop, Corel Draw, Flash, etc. Professionally, after several years involved in different work areas (education, performing arts, customer care, etc…) she starts working in the company Cabrera-Febles, in January 2005, as responsible of the Administrative Department and of the Quality and Environment Management one.