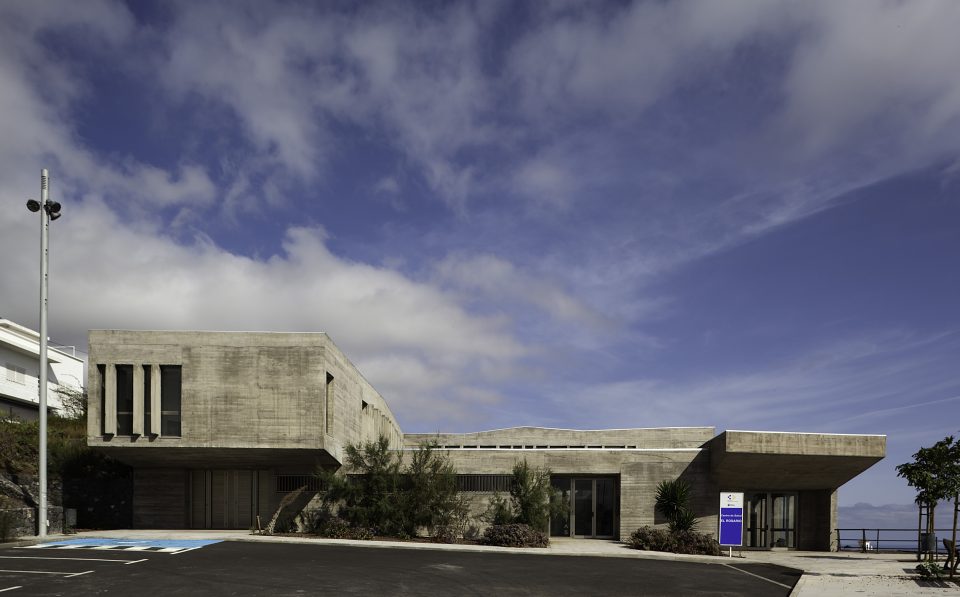 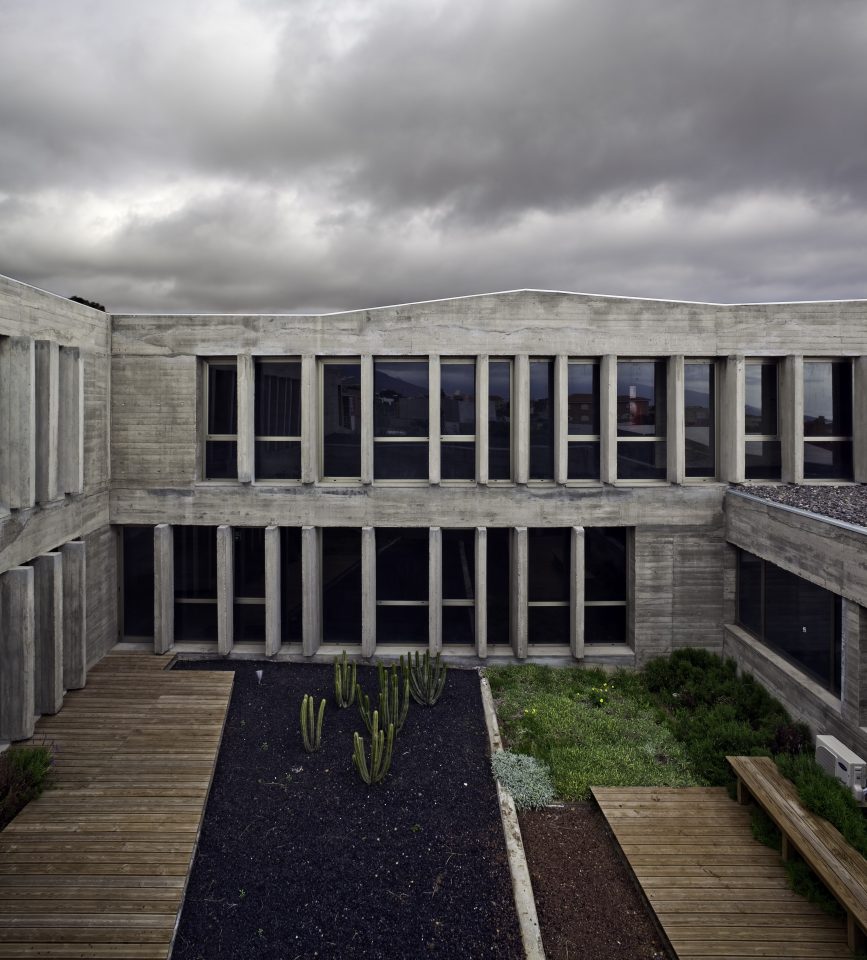 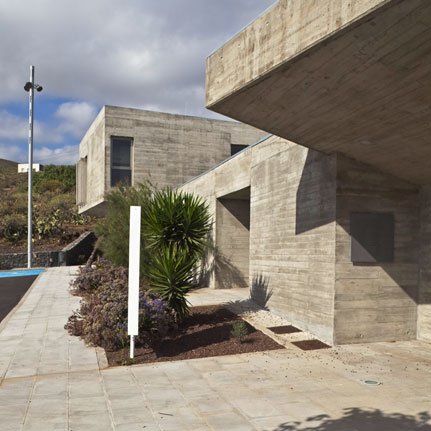 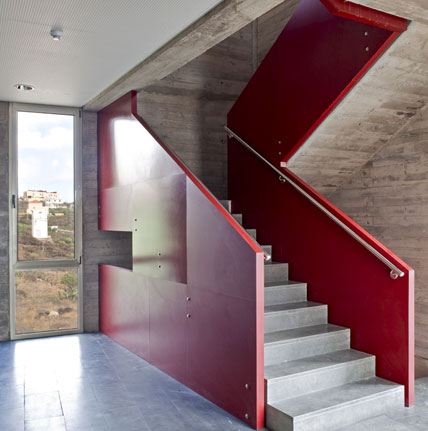 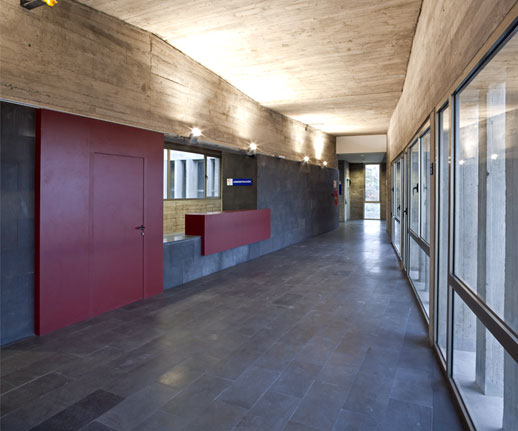 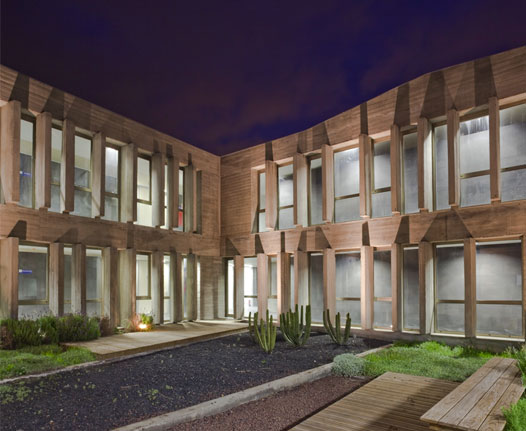 The main body of the building is on two floors except the single-storey Emergency Unity.
The framework is based on a grid of 6.90 x 5.85 meters, with a useful area of 36.33 square meters, lower than the proposed surface of 39.00 square meters of the functional plan. The above mentioned grid determines the plan of the Health Centre, with a large impact on rationality and on the building-costs.
One of the main intentions was to realize resounding and clear objects; consequently we adopt the decision of using only one material for the façades: concrete. The roof, with its light inclination, is treated as one more façade. The big glazed openings in the façades are treated as perforations on the wall, under the same composition scheme.

Once the volume of the entire building has been determined, in accordance with the functional regulations, we have treated the interiors spaces, in order to open the waiting rooms to the inner courtyard, by means of glazed openings framed into deep jambs which inclination avoids the sunlight incidence producing a shadows play.