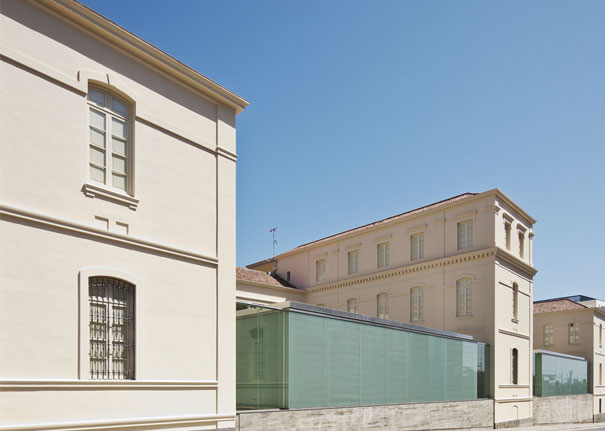 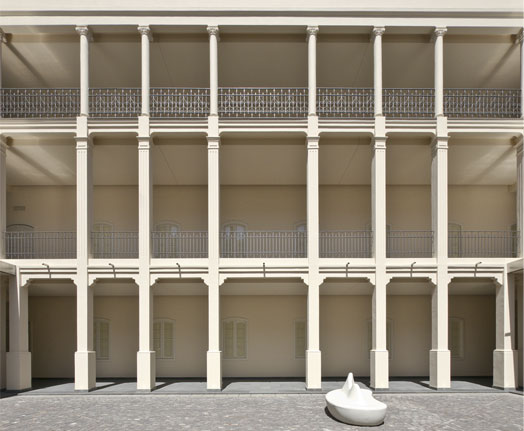 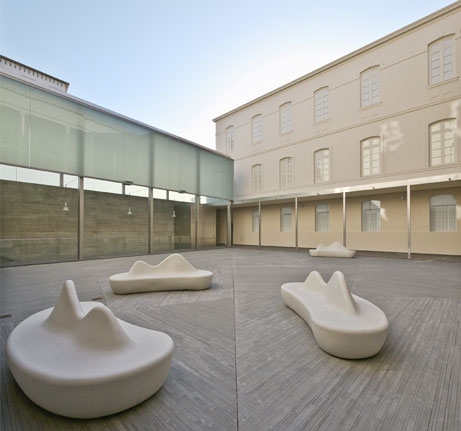 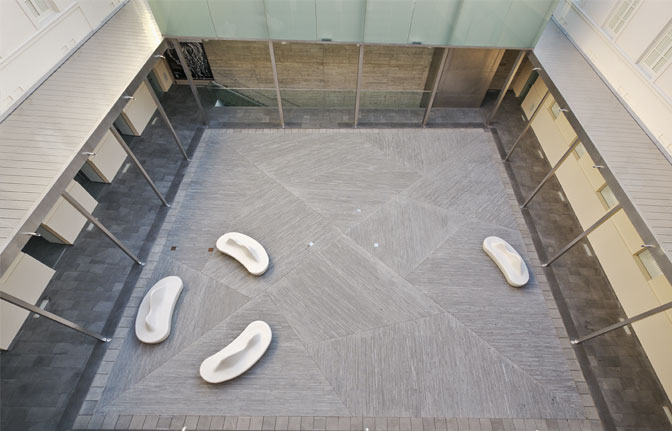 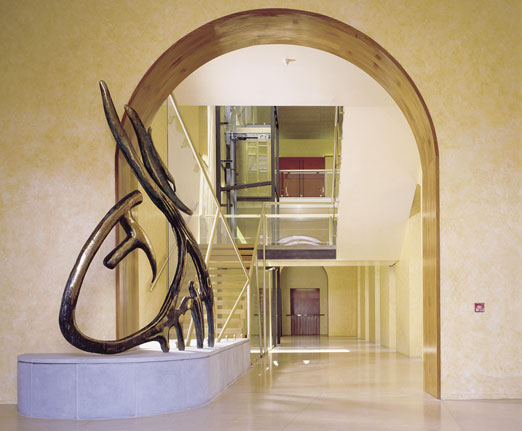 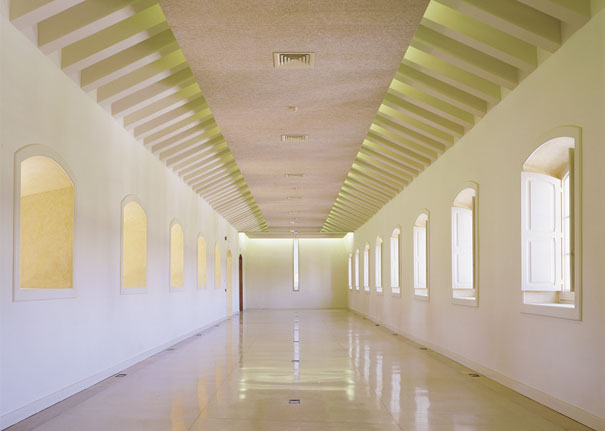 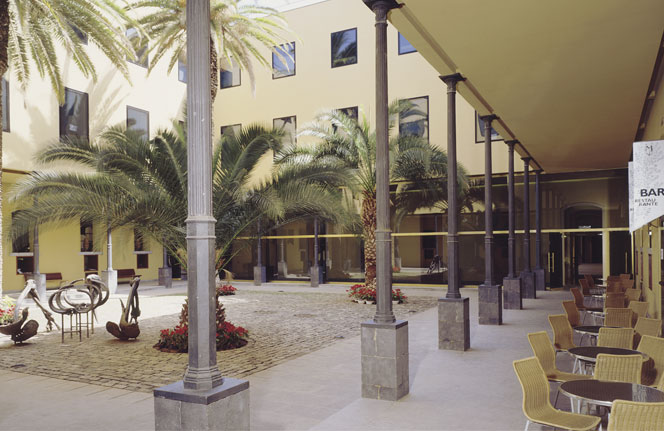 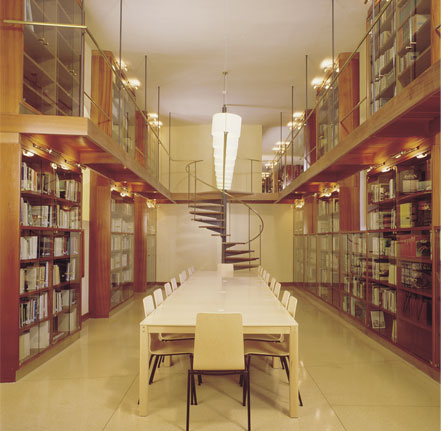 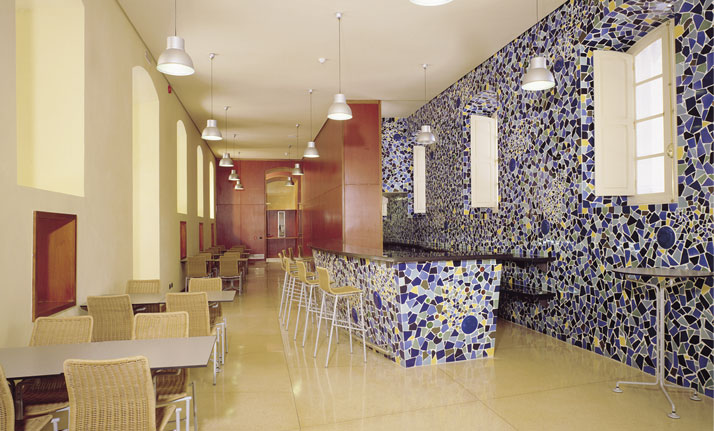 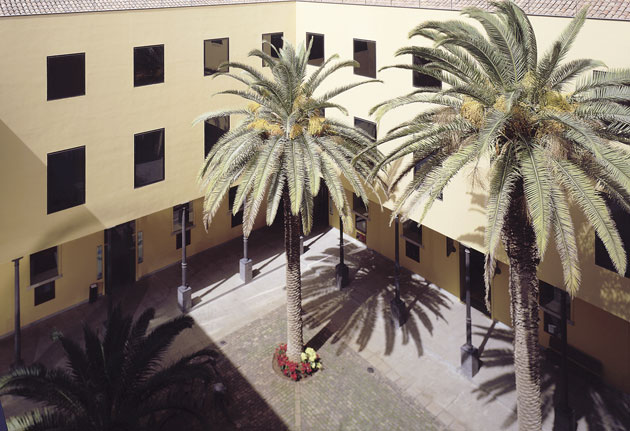 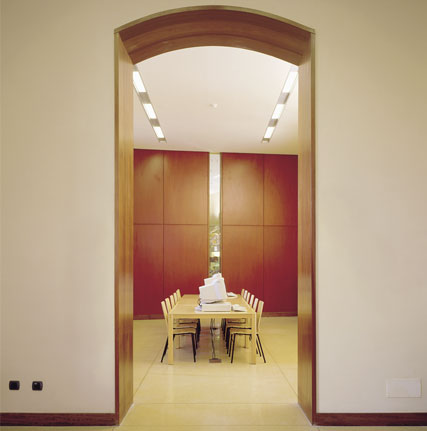 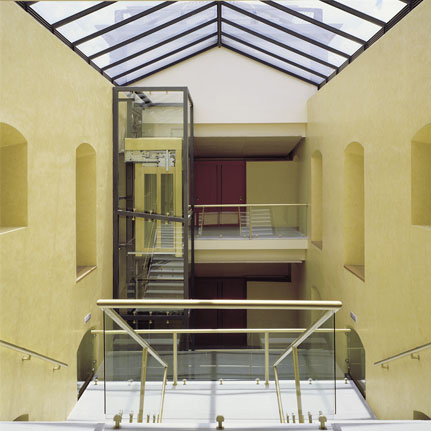 In 1993, it starts the preliminary adaptation of four bays of the ancient Civil Hospital of Santa Cruz de Tenerife, for a new label: the Museum of Natural Science and Archeology. In 1994 the Insular Council of Tenerife decides to start the definitive renovation of the frontal area of the ancient building, to install right there the new permanent Museum of Nature and Mankind.

The historical building, designed and planned by the Canary Architect Manuel de Oraa, consist of three bodies shaping two big courtyards, finished in 1890, and three bays, designed by the Architect Antonio Pntor Ocete, in 1919, perpendicular to the San Sebastian Avenue, and closing down the plot.

The interior design opts for a contemporary space, functional and adequate for its new label, entering into a dialogue with de preexisting building, by the processing of solutions for natural and artificial light; the use of transparencies opening the space to the central courtyards; the use of materials, such granite, “chasnera” stone (basaltic ignimbrite) and wood for pavements; the chromatic quality of enclosures (ochre in walls and earth russet for ceilings).

The following intervention, 4th pase, is focused in provision of laboratories and administration offices of the Museum of Natural Science, of the Archeological Museum of Tenerife and of the Canary Institute of Bio-anthropology;and the creation of temporary exposition halls; the Assembly Hall, the Conservation Laboratory, the Taxidermy and Ceramic Workshop, the Maintenance workshop and teaching area.

The most considerable intervention was the excavation by king piles realized to create the temporary exhibition halls and the stocking area. The backside façade, unconcluded in the original building, was realized as a concrete basement surmounted by two glass box apt to screen videos or lights. This project has meant a reflection on language and techniques of intervention in historical buildings, respecting the main values of the pre-existing building without renouncing contemporary solutions.

In terms of language we have try to be quite respectful, whilst acting firmly in spaces such as the foyer, the interior spaces, or replacing the woodwork in the courtyards and introducing the general facilities required for the new use, with modern materials . The scenography and museography has been designed by the Catalan designer Enric Franch, with which we have worked from the development of the master plan. The engineering was studied by the company IGS.

The Museum has been endowed with two works of art, one in the foyer, by the Tenerife artist Abel Hernandez, and another in the courtyard by Juan Bordes, native of Grancanaria but based in Madrid. The doorknobs are arts pieces of the artist Gonzalo González..