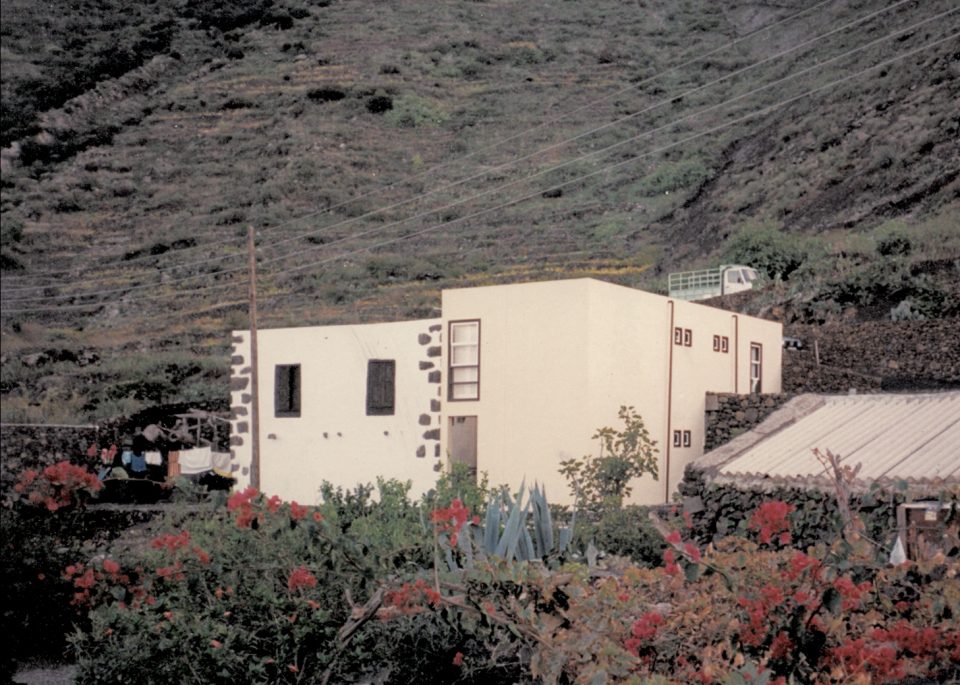 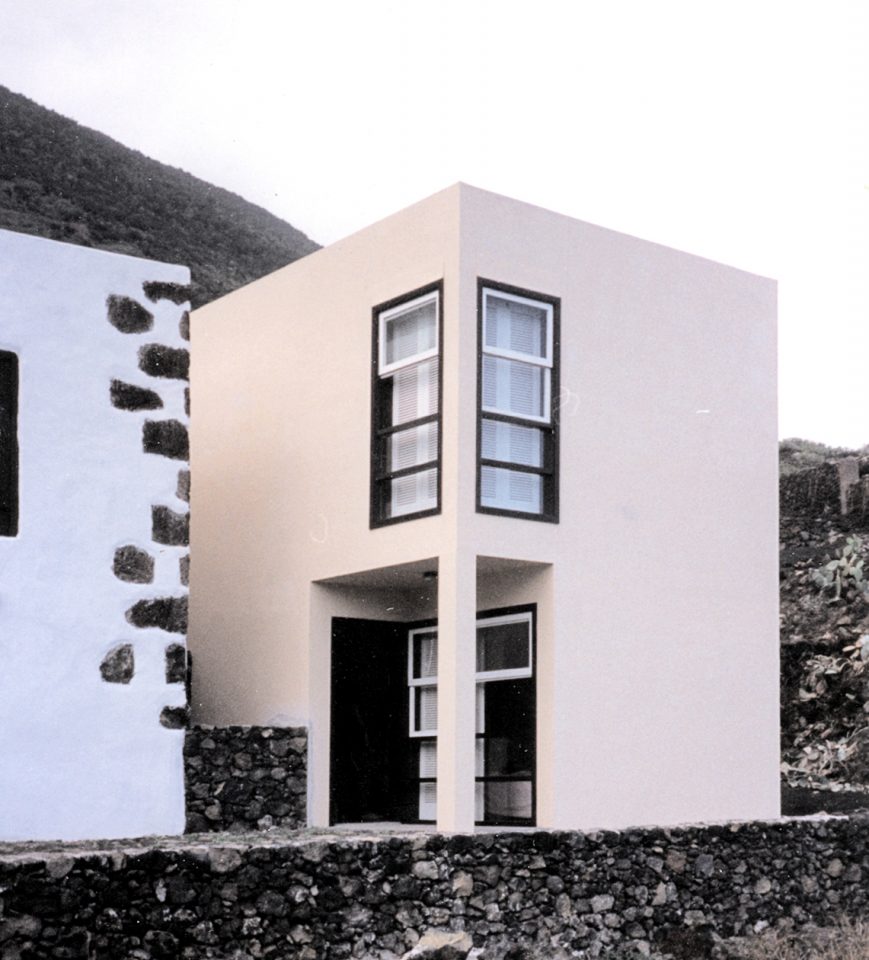 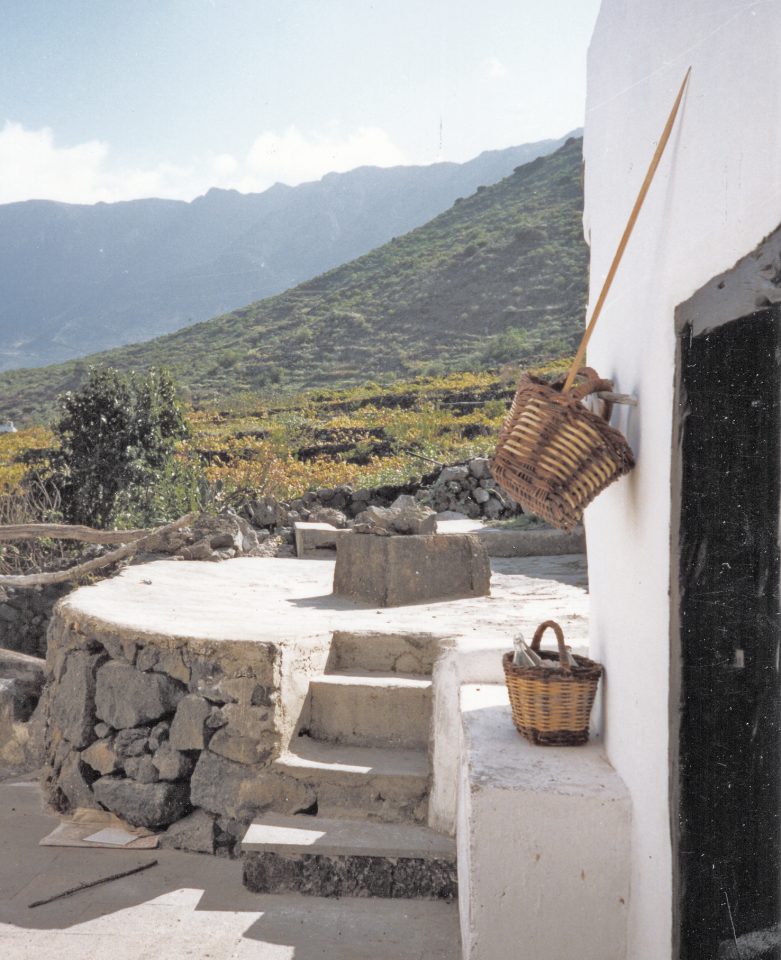 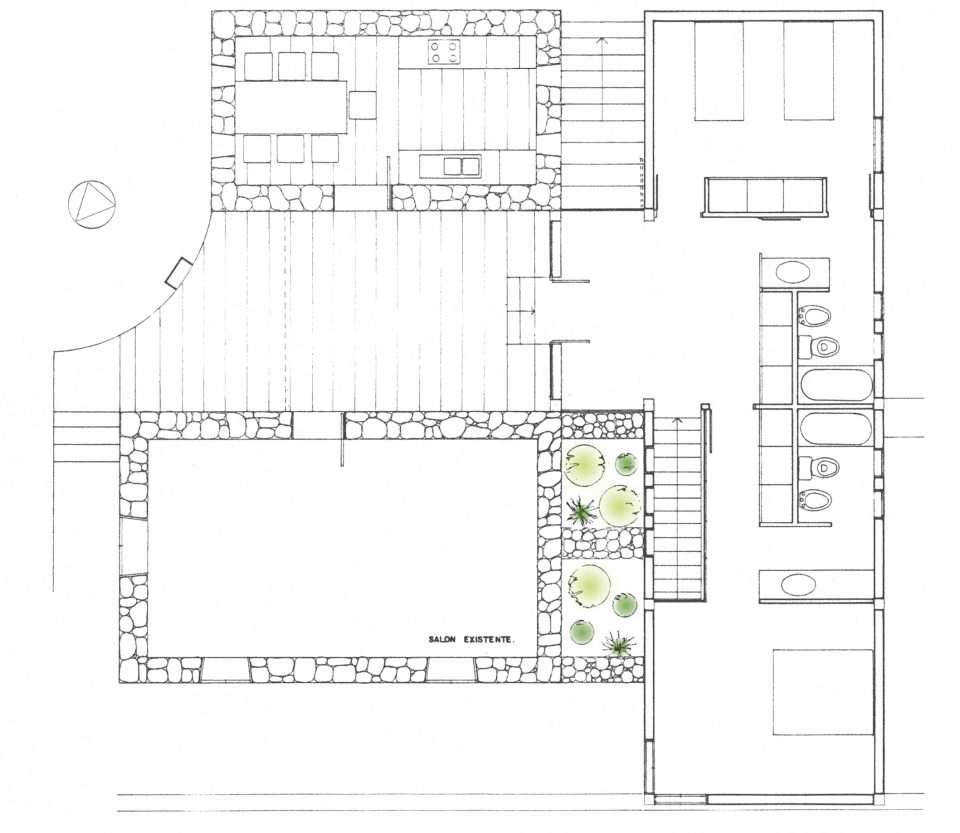 This house was the first work performed at El Hierro. It is a house intimately related to the family, and our first contact with our ancestors. It is located in the middle of the rural nucleus EL Chisgo , in El Golfo, surrounded by vineyards.
The traditional construction consisted of two separate bodies, facing each other, with a flat roof, and a patio between them. The new intervention seal one of the sides of the patio. The disposition of volumes follows the traditional characterizing trait of fractionation of architectural ensemble. The oldest building will be destined to a living room on the first floor, the cellar on the ground floor and, finally, the kitchen in the minor body.
The nave of the new building will house bedrooms and bathrooms, separating the other two body á through a glass wall allowing access from the upper area and acting as a bridge between the traditional and the new building construction.
The building fits over the existing topography, opening a side on view of the Rochiers Salmor, and on the other side of the mountain.